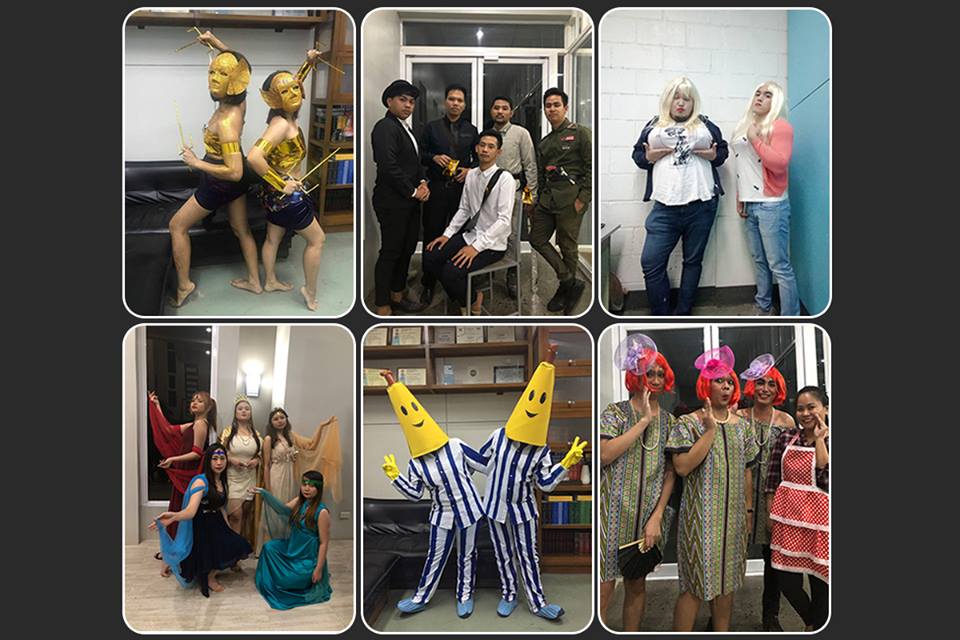 This year’s halloween costume contest is quite different, since it’s now consisted of pairs and teams from all three branches of Double Rule in Makati, Bicol and Pampanga.

So without further ado, let’s hop right into the results of the competition:

Greeking Out for Third Place

Bagging this year’s third place was the pair of Mr. Jhec Abamo and Ms. Maui Banag for dressing up as characters from Greek literature like Leonidas (300, Battle of Thermopylae) and Medusa (greek mythology). 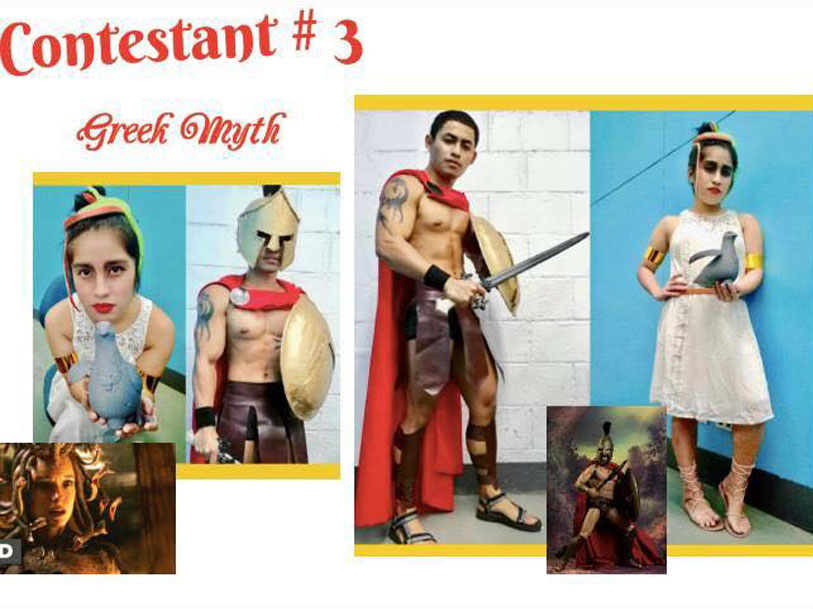 Highly detailed from top to bottom, Jhec crafted his costume with a shield, red cape, sword and shield along with that six pack abs, while Maui on the other hand, had also nailed her Medusa getup with a loose fabric attire, stone bird, and a makeup that truly made her looked like a goddess.

“Do you know what I’m Thinking?” — This catchphrase tells it all about Ms. Kaye Estanislao and Ms. Kriesel Gaspar’sattire that made them the second prize winners for this competition, as they dressed up as B1 and B2 from the hit TV kids show “Bananas in Pyjamas”. 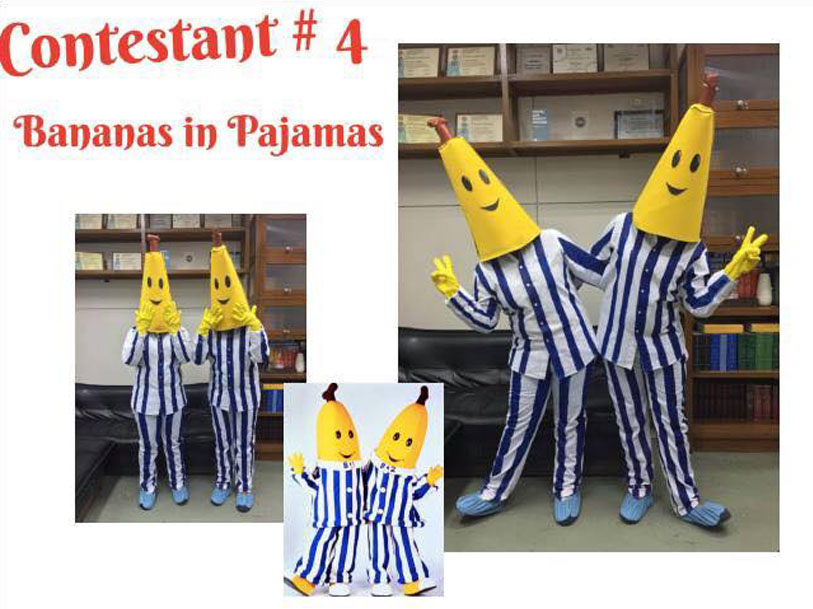 The pair strutted off their attire, complete with a pair of banana heads, yellow gloves, pair of sandals and pyjamas that looked exactly like the ones that you would see from the show, thus making you remember all those exciting memories that you had from your childhood.

And the First Place Goes To… 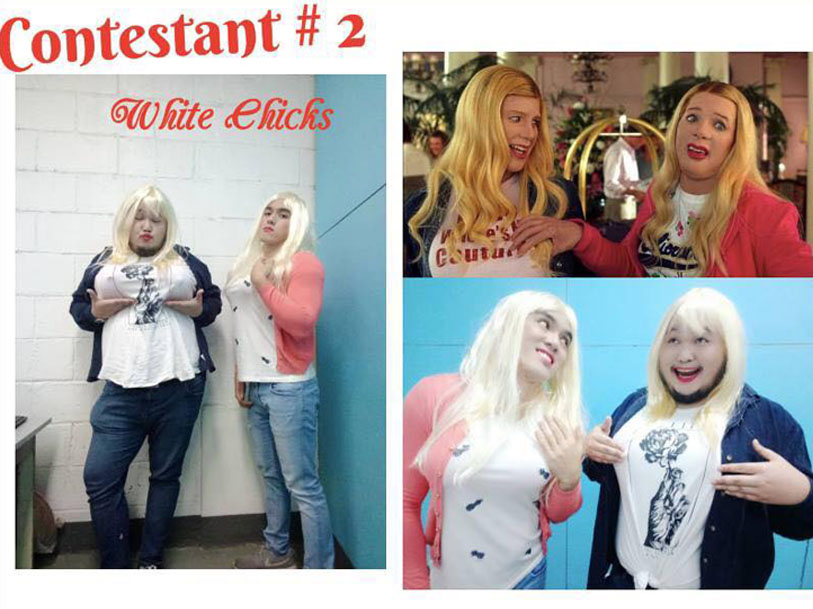 Complete with wigs, makeups and that sort of “feminist” charm, the duo totally stole the show and effortlessly grabbed that first prize among all those participants. Congratulations guys!

Last Wednesday night was filled with enchanting fairies, cards and ringmasters, village people, historical figures, and personalities from various TV shows and movies — and despite the fact that it’s a competition, it’s no secret that everybody had a very good time as they unwind and was able to celebrate the night away!

To all the staffs of Double Rule, to Marvin, Jenny and company, we would like to send our warmest thanks for making this event possible. Congratulations to all the winners of the Halloween costume contest and I’m hoping to see everybody again next year!